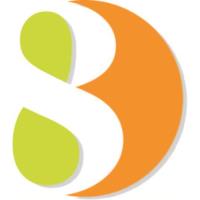 Industry leaders, business executives to convene in Detroit on Nov. 9 for first Industry 4.0 conference of its kind, hosted by Automation Alley

TROY, Mich. — Sept. 6, 2017 —  Howie Choset, professor of robotics at Carnegie Mellon University and chief technology officer for the Advanced Robotics Manufacturing Institute, says robotic advancement will empower the human worker to become more productive, opening the door for new jobs and new industries to be created. Choset, whose work in robotics has received acclaim and support by both industry and government, will be one of many speakers at Integr8™, a global, cross-discipline Industry 4.0 conference taking place in Detroit on Nov. 9.

Integr8™, hosted by Automation Alley, Michigan’s leading technology and manufacturing business association, will advance attendees’ knowledge and understanding of Industry 4.0, or the fourth industrial revolution, and will help companies enhance their global competitiveness. The conference is expected to attract 500 manufacturing and technology professionals from across the region and the world to discuss the integration of the eight technologies currently disrupting the manufacturing industry, including robotics, artificial intelligence, the Industrial Internet of Things, cloud computing, cybersecurity, big data, additive manufacturing and advanced materials, and modeling, simulation and visualization.

Choset says technology is changing so rapidly that no one knows what the future holds for smart factories. “Industry 4.0 lets information flow through the manufacturing process to optimize it as well as develop new processes we otherwise wouldn’t have thought of,” he said. “When new innovation comes out, we always shoehorn it into the way things were done before. It’s only after we break out of that mold that we really benefit.”

Choset and his research team have broken that mold with their groundbreaking snake robot, making contributions to challenging and strategically significant problems in diverse areas such as surgery, manufacturing, infrastructure inspection and search and rescue. Recently, Choset's surgical snake robot cleared the FDA and has been in use in several hundred operations in the U.S. and Europe.

“Eskimos have 28 words for snow. For me, there are different kinds of snake robots,” he said. “What confuses people is that they see my group is known for snake robots and they see me talking about manufacturing and they scratch their heads. But a lot of the fundamental contributions we’ve made toward robots inadvertently applies toward manufacturing.”

Choset says the ideas behind the snake robot serves manufacturing well because snake robots can be used for inspection in a confined space.

“I believe the robot is a tool and just like all other tools it increases productivity. It’s very easy to say that if productivity goes up then you need fewer people, however, that’s the zero-sum game mentality and I don’t believe in that. If productivity goes up, your company becomes more competitive and you have more business. And that’s going to create more jobs,” Choset said.

“History has shown us this over and over again whenever we innovate.”

Integr8™ will take place Nov. 9, from 7:30 a.m. to 6 p.m., at the Detroit Marriott at the Renaissance Center. Attendees will enjoy breakfast and lunch keynote presentations, a technology expo featuring the latest in cutting-edge technologies and breakout sessions focused on advancements in manufacturing, how to overcome obstacles to adoption, financial ROI and blueprints for successful Industry 4.0 implementation. Speakers will include world-renowned manufacturing experts and Industry 4.0 thought leaders.

The evening before the conference, Automation Alley will host the Integr8™ VIP Dinner and Cocktail Reception from 5:30-8:30 p.m., at the new Little Caesars Arena in Detroit.