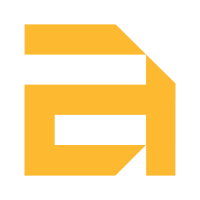 TROY, Mich.—May 11, 2021—Automation Alley, Michigan’s Industry 4.0 knowledge center and a World Economic Forum Advanced Manufacturing Hub (AMHUB) for North America, is pleased to announce that Vice President Cynthia Hutchison has accepted a 12-month fellowship with the World Economic Forum to lead an initiative in accelerating Michigan’s AMHUB, as well as supporting and developing other AMHUBs worldwide.

In her new role, effective May 17, Hutchison will be responsible for augmenting the Michigan AMHUB as the primary model for other AMHUBs in the global network; guide collaborative efforts amongst the current AMHUBs in India, Brazil, Saudi Arabia, Italy, Spain, Turkey, Denmark, Qatar, Australia, Michigan and New England; and set forth an expansion strategy for the establishment of new AMHUBs.  It is anticipated that Hutchison will be based in Geneva, Switzerland for six months of her fellowship term.

Hutchison has been a steadfast champion of Automation Alley’s Industry 4.0 efforts, which have been instrumental in shifting the organization from a business and technology networking association to a globally recognized Industry 4.0 knowledge center during a time of rapid technological and manufacturing advancement.  She helped introduce the popular Tech Takeover event series; advocated a collaborative approach between industry, academia and government for the Technology in Industry Report; and developed sponsor relationships for the global Industry 4.0 conference, Integr8, which was recently franchised to India.

“We are so proud of Cynthia for all the work she has done to accelerate Industry 4.0 here in Michigan. Now, through her fellowship with the World Economic Forum, Cynthia will be representing Michigan manufacturers at a global level. This opportunity is a win-win for Michigan and for the global AMHUB network,” said Tom Kelly, Automation Alley executive director and CEO.

Hutchison has developed and maintained strong relationships with corporate leaders, elected officials, and strategic partners in the U.S. and abroad. Her professional career began in sales in the burgeoning telecommunications field but switched gears when she founded the international outreach organization Band of Angels to advocate for individuals with Down syndrome, including her son Jordan. Because of her work with Band of Angels, Hutchison was appointed by both Republican and Democratic Michigan Governors to serve on non-partisan commissions for inclusion, and was named a Michiganian of the Year by the Detroit News in 2007 and one of Woman’s Day Magazine’s “Women Who Inspire Us” in 2006. More recently, Hutchison was named a Crain’s Detroit Business Notable Women in STEM in 2019.  She holds a Bachelor of Science degree in Psychology from Allegheny College, Meadville, Pennsylvania, and is a resident of Rochester Hills, Michigan.

It was established in 1971 as a not-for-profit foundation and is headquartered in Geneva, Switzerland. It is independent, impartial and not tied to any special interests. The Forum strives in all its efforts to demonstrate entrepreneurship in the global public interest while upholding the highest standards of governance. Moral and intellectual integrity is at the heart of everything it does.

The mission of Automation Alley is to help businesses stay in business by equipping them with the necessary knowledge to leverage the intersections of advanced technologies, systems and people to jumpstart or accelerate a digital path to strategic success.